Two lifelong friends from Wisconsin have been presented with a check for $22 million after making an agreement to share any winnings. Remarkably, they shook hands on that deal more than 20 years ago, but when Elk Mound resident Thomas Cook discovered that his Powerball numbers had come up on June 10, he was never going to forget his promise to his pal Joe Feeney. 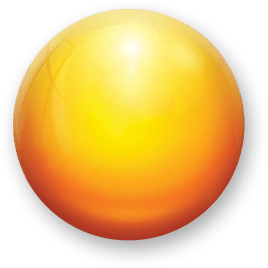 The pact they made is so old that they cannot remember exactly when it started, but it was around the time when Powerball was launched in 1992 or just a bit later. They have bought tickets separately over the years and waited for the big win, and it finally happened with an entry that Cook purchased at the Synergy Coop Exit 45 gas station and convenience store in Menomonie.

He was having breakfast with his wife the morning after the drawing on June 10 when he realized he had matched the numbers 10, 33, 41, 52 and 54, plus the Powerball of 18. “It was quite an experience when I read those first two or three numbers,” said Cook. “I kind of froze and handed them to her and she froze.”

Cook’s next thought was to let his friend know what had happened. He said he had won the eight-figure prize and they would be splitting the payout 50/50 as agreed all those years ago.

Speaking together in a video interview after the win was announced by the Wisconsin Lottery, Feeney, an avid fisherman, recalled: “I said, ‘are you jerking my bobber?’”

Cook insisted that ‘a handshake is a handshake, man’ and made it clear that he did not hesitate to honor their longstanding arrangement. Feeney added: “We said whenever the big winner comes, we're going to split it, so we buy every week ... not really thinking it would happen.”

The winners have decided to take the cash option of $16.7 million and are set to receive around $5.7 million each after taxes.

Cook has already quit his job, joining his friend in retirement, and they are now looking forward to enjoying their winnings. They just need to consider a bit more carefully what they want to do with the money, but they have no extravagant plans. Cook just wants to spend more time with his family and travel more, while he is also still playing Powerball.

The top prize for the draw on June 10 was $22 million after a rule change earlier this year eliminated the minimum starting jackpot. A jackpot of $40 million could previously be guaranteed, climbing by at least $10 million between drawings, but ticket sales have dropped off as a result of the coronavirus pandemic.

Since the jackpot was won in Wisconsin, it has grown back past $100 million. Check out the latest Powerball numbers every Wednesday and Saturday to see if you are a winner.

Powerball Set for Changes in August 2021