A ticket holder from Florida has become the latest Powerball winner, landing a jackpot worth $168 million in the drawing on Wednesday August 12. The Grand Prize had previously not been won for more than two months.


The winning numbers for Wednesday were 2, 6, 18, 36 and 37, with a Powerball of 21. More than 594,000 tickets won prizes across the U.S., but there was only a single entry that matched all five main white balls plus the red Powerball. See all the payouts for August 12.

It was revealed straight after the drawing that the winning ticket was sold in Florida, but the exact location was not immediately disclosed. It is the 14th time that the jackpot has been won in Florida, making it one of the most successful Powerball states among the 48 participating jurisdictions.

The winner will now be able to choose whether to take the advertised jackpot of $168.5 million as an annuity over the next 29 years, or a cash lump sum of $140.1 million.

The Florida Lottery’s claim offices, including the headquarters in Tallahassee, are currently closed to the public until further notice due to the Covid-19 outbreak. Prizes can be mailed in or submitted via secured drop box at the Tallahassee headquarters, or the big winner might prefer to bide their time after the Florida Lottery extended its normal claim period.

The deadline for claiming prizes in the Sunshine State is usually 180 days from the date of a drawing, but this was extended to 360 days for games that took place until June 20. For each day since that date, the claim period has decreased by one. The Powerball jackpot winner therefore still has more than 300 days to come forward.

Florida has been the scene of some of Powerball’s biggest-ever wins. David Kaltschmidt and Maureen Smith, from Melbourne Beach, landed a third of the record-breaking $1.58 billion jackpot in January 2016, while Zephyhills resident Gloria MacKenzie banked $590 million back in May 2013 - the largest jackpot in history at the time.

The biggest win of 2020 also went to Florida back in January, with a group known as Vacation Life LLC claiming a jackpot of $396 million. The latest win ranks as the third-highest of the year.

The jackpot for the next drawing on Saturday night will stand at $20 million. Check the Powerball Numbers page to see the results as soon as they are announced. 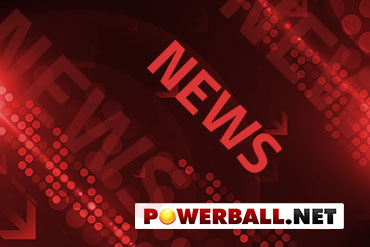 Powerball Launches First Millionaire of the Year Promotion for 2021