The Powerball jackpot has hit $550 million for the first time since January, putting it on the verge of breaking into the top ten of the biggest prizes in the history of the game.

There has not been a winner of the jackpot since a player from Pennsylvania landed $206 million on Wednesday August 3rd.

It has grown quickly over the past couple of months and a grand prize of $515 million was put up for grabs in the latest drawing on Wednesday October 19th.

Players had to wait a little longer than normal to find out how they had fared, though, with the planned 10:59pm ET draw delayed by around an hour.

The technical issue that caused the delay related to one of the participating state lotteries needing extra time to complete the necessary security requirements. Drawings can only take place when all 48 lotteries have met their security protocols.

The winning numbers were later drawn under the supervision of security officials and independent auditors, and were revealed to be 6, 8, 15, 27 and 42, with a Powerball of 10. More than 960,000 prizes were paid out, but the jackpot rolled over once again.

One more draw without a winner is sure to push the jackpot into the all-time top ten. The tenth prize on that list currently is the $564 million that was split three ways in February 2015.

The last time the jackpot was larger than $550 million was back at the start of the year, when two lucky players shared $632 million on January 5th.

The record for the biggest Powerball prize ever dates back to the historic $1.586 billion drawing in January 2016. Three ticket holders landed an equal share of the jackpot.

The current jackpot may still be more than $1 billion behind the record, but with three drawings a week and excitement building, it could rapidly climb the top ten. 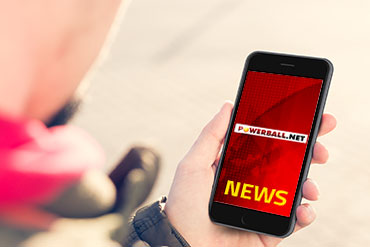