Three winning ticket holders have shared the Powerball jackpot of $488.4 million for the drawing on August 7th, 2013. The winning players are Paul White from Minnesota, Mario Scarnici from New Jersey, and the final winning ticket was purchased by a 16-member lottery pool from Ocean County, New Jersey. The players will receive $149.4 million pre-taxes.

Paul White from Ham Lake, Minnesota, was the first player to come forward and collect his Powerball winnings. Paul, a Project Engineer at Elliott Contracting in Minneapolis, bought a Quick Pick ticket at the Holiday gas station, located on 1442 N.E. Crosstown Blvd. in Ham Lake. He discovered that he was now a millionaire when his wife rang him whilst at work to tell him that there was a Powerball jackpot winner in Minnesota. He checked his ticket and realised he had matched the winning numbers 5, 25, 30, 58, 59, and the Powerball, 32. You can find more information about the winners and payouts here for the draw.

Paul chose the cash option of $86 million before taxes and the winnings will be used to support his family. Commenting on the win, Paul expressed his gratitude: "I feel this pressure off my shoulders; that you carry every day with you. I have some kids. Am I going to be able to pay for them to go to college? Am I going to be able to take care of them if they have health issues? All these things; you don't ever have to worry about them again. It's amazing."

The Holiday store where Paul bought the winning ticket will also receive a vendor’s bonus of $50,000 for selling the ticket.

The second winning ticket holder to come forward was a syndicate of 16 workers, known as “Ocean's 16”. The group consists of nine women and seven men. They are employed in various jobs, including a clerk and a management specialist. They bought the winning ticket at the Acme grocery store, located on 425 Route 9 South in Little Egg Harbor, New Jersey. The workers had each put in $6 and had a total of 48 shots at winning the jackpot prize. Luckily, their efforts paid off and the leader of the group, Brian McCarthy, claimed the prize on behalf of the group. The winnings will be split equally between the members and each member will receive a check for $3.8 million.

Carole Hedinger, Executive Director for the New Jersey Lottery, spoke about the winners, saying, "I know that these folks are hard-working, reliable employees who have served the public well for many years.''

At least three of the group members have been affected by Hurricane Sandy, and Seeley, who had a tree fall on his home during the hurricane, said, "We are happy, happy, happy!" He is now looking forward to enjoying retirement.

Mario Scarnici, of Monmouth Junction, claimed his prize alongside his wife and family. Mario chose the cash option of almost $62 million after taxes. The family are delighted about winning the Powerball jackpot and are looking forward to enjoying their new-found fortune.

Mario, a regular Powerball player, bought the winning ticket at Super Stop n Shop, located on 24 Summerfield Blvd. & Rt. 522, South Brunswick in Middlesex County. "I go in the store and buy a newspaper and lottery tickets," he said. Mario bought a total of three Quick Pick tickets for the drawing.

The Super Stop n Shop will receive commission of $30,000 for selling the winning ticket and the store plans on donating some of the bonus to local organizations.

The jackpot for tomorrow’s drawing is an estimated $116 million. There’s still plenty of time to pick up a ticket from your local authorized retailer or players can choose their numbers online. You can check the winning numbers shortly after the drawing on the Powerball Numbers page. Players can also check if any winnings are due on tickets by using the Powerball Number Checker. 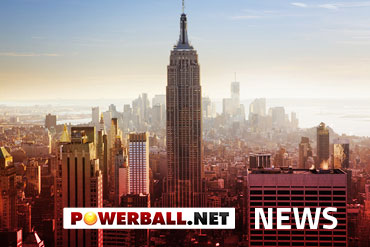 Powerball Starting Jackpots and Minimum Rollovers to be Eliminated