There have been some huge prizes won in SA PowerBall in the past, mainly thanks to the uncapped jackpot, which has even reached over R200 million before. This page will tell you how much the biggest-ever PowerBall jackpots were worth, and you can find out about the lucky players that won them.

The most recent PowerBall jackpot was won on Friday 25 November 2022.

There was 1 jackpot winning ticket that matched 5 main numbers and the PowerBall.

It's a 5x Rollover!
Time Left to Buy Your Tickets
Estimated US Powerball Jackpot*
$81 Million

Why not enter the US Powerball?

An anonymous man from Cape Town landed the biggest ever PowerBall jackpot and came forward to claim it just a week later. Not much information was released about the lucky ticket holder, except that he was a man in his fifties who worked a blue collar job. It was also revealed that he picked his own numbers and spent R22.50 on tickets from an OK Mini Mart in the Tygerdal area of Cape Town.

In a short statement to the media, the winner confirmed that he wanted to remain anonymous and that the money would be used for his children's education first and foremost. He also said he had no plans to quit his job.

A player from Ballito on the north coast of KwaZulu-Natal won this huge jackpot, becoming the second-biggest winner in South African PowerBall history. It was revealed that they had spent R150 on their Quick Pick ticket.

The jackpot had rolled over for 24 consecutive draws since 16 November, and had jumped up by more than R10 million from the previous draw.

A woman from the North West of South Africa became the country’s biggest-ever online winner when she matched all the numbers to bring an end to a run of rollovers lasting almost three months. She played using the ABSA banking app and picked her regular numbers, spending just R15 on her ticket.

The win could barely have come at a better time as she had found herself unemployed in 2020 due to the Covid-19 pandemic. She said she would donate some of her winnings to charity and set up an education trust for her children. She also planned to use some of the money to make her dreams come true, including a new home and a lot of travelling. 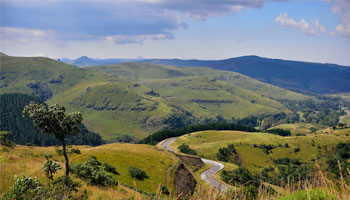 The winner of the second-biggest jackpot in PowerBall history was a 34-year-old engineer from Secunda, Mpumalanga, who bought his lucky ticket for R20 from Evander Dienstasie on 1 Rotter Dam Road, Evander. He had been playing the lottery for years before his big win, and collected his nine-figure prize four days after the draw.

He kept his ticket in his sock for safekeeping, explaining: “I kept it in my sock at night because I thought about what if thieves were to come in here. Not because they know anything… but take it. I kept on thinking that what if I was involved in a car accident. You know how people lose their wallets in accidents, so it was safer there.”

Following his win, he planned to invest the money and help family members. He said the PowerBall prize money would make his life much easier, adding: “It was not easy to make the call to claim the winnings. I needed to properly digest it and accept that my life has changed. Even growing up‚ I can’t say we struggled but it was a life of hustling. There was a time I spent a while looking for a job and I would never want anyone to experience that.”

A lucky feeling proved to be just right for a man who bought his PowerBall ticket while holidaying in the Mossel Bay region of Western Cape. His wife had recently had a dream in which ‘she saw gold particles being sprinkled all over her husband’ and he thought that was the day when fortune would smile on him so he purchased a R105 Quick Pick from a Spar in Groot Brakrivier.

The 50-year-old man, who worked in construction, added that he did not have lavish plans for the money and would definitely not be quitting his job. He said he would invest most of it so that his children and grandchildren would have bright futures.

The jackpot had rolled over for more than two months, building up to a gigantic R135 million, when a single player matched all the numbers on 28 April. It was revealed to be a ticket holder from KwaZulu-Natal, who had bought a Quick Pick online through FNB.

They were unable to come forward and claim their prize straight away, though, as the National Lottery’s offices were temporarily closed to comply with the government’s lockdown measures amid the coronavirus outbreak.

A grandfather from Bloemfontein won R121 million in September 2020 and said the money would allow him to retire a few years early. The winner, who said he usually plays Daily Lotto, also planned to donate some of his newfound fortune to his church. "I checked my ticket about 30 times," the winner said. "I still could not believe that I was the big winner that everyone was talking about. When I arrived at the National Lottery office in Bloemfontein, I became both excited and anxious when it was confirmed that indeed I had won the R121 Million PowerBall jackpot."

The winner said he looked forward to "new beginnings" and was keen to help those close to him, including his children and grandchildren, who he said would be "taken care of for life." The winning ticket was purchased at Belvera Supermarket on 8 Old Thaba Nchu Road, Bloemspruit, in Bloemfontein. 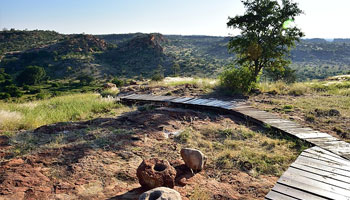 The PowerBall jackpot rolled over 19 times before a 35-year-old mother of four from Soweto claimed what was at the time the third-biggest prize in the lottery's history. She spent R5 on a ticket from a cafe in Roodeport and then just a week later found herself the recipient of R114 million.

The winner remained anonymous but spoke about how she struggled for money before the win. "Sometimes, I could not afford rent, so my brother would always assist me," she said. She quit her job shortly after winning the jackpot and said that she planned to spend more time with her children. First on her list of purchases were a new home for her and her children, a new house for her mother, and a new car. She also said she looked forward to driving past her ex-boyfriend in her new car: "He will probably faint when he sees me waving at him. He broke up with me because I was broke and didn’t have a fancy job." 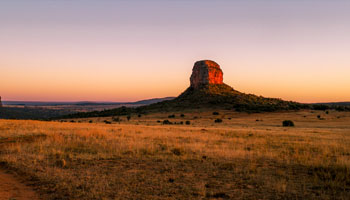 An unemployed father of two claimed this R114 million jackpot two days after matching the winning numbers. He bought his winning ticket from the Sharp Supermarket in Dzanani near Makhado in Limpopo, spending just R15, and revealed that he had not slept in the time before he came forward.

Having relied on part-time jobs in the past, he was delighted that he would now be able to help everyone in his family. He planned to build a house for his mother, take his children to private schools and support his brothers and sisters, as well as investing most of the winnings to protect future generations.

This draw produced one of the most astonishing results ever seen on any lottery anywhere in the world. The winning numbers were 5, 6, 7, 8 and 9, with a PowerBall of 10. Having previously rolled over for 17 consecutive draws without a winner, there were remarkably 20 players who matched all the numbers this time. Each winner received R5.6 million.

The result illustrated just how many players opt for recognisable sequences rather than random numbers. The odds are exactly the same for every combination of numbers, and it just so happened that this draw produced a familiar pattern. National Lottery operator Ithuba tweeted afterwards: “These numbers may be unexpected, but we see many players opt to play these sequences.”

While the jackpot doesn't climb as high as in the main draw, there have been a number of big PowerBall Plus winners since the extra game was introduced in 2016. Find out more about them below.

A man from KwaZulu-Natal became the biggest PowerBall Plus winner - and the largest online winner - of all time when he landed this nine-figure payout. With restrictions on social contact during the Covid-19 pandemic, playing online proved to be particularly popular and the lucky winner could scarcely believe his luck as he was not a regular player. He said the win had ‘fast-forwarded their investment plans, to a point beyond imagination’.

This huge PowerBall Plus jackpot - the biggest ever seen on the game at the time - was created after almost three months of rollovers. Only a single player matched all the numbers – 3, 23, 25, 38 and 44, plus the PowerBall of 9. The winning ticket was bought at Checkers, Durbanville in Cape Town, Western Cape, but no more information was released about the identity of the lucky player.

A father from East London landed this huge jackpot with an R15 ticket he had purchased in Quigney. The jackpot had grown past R80 million following more than three months of rollovers. Speaking about the moment he found out he had won, the lucky player commented: “On the morning of October 28, at about 3am, I couldn’t sleep, so I decided to check the PowerBall results online and that’s when I found out I had won the jackpot.”

It took him a couple of weeks to find his identity documents and come forward to claim his winnings. He also revealed that he had been struggling financially for a year after losing his job in 2019, but that his big win would allow him to dream of a great future. His children’s education was the top priority, while he also wanted to buy a bigger house and spend part of his winnings on helping the homeless people of East London.

SA PowerBall jackpots are paid in a tax free lump sum and winners have the option to remain anonymous.